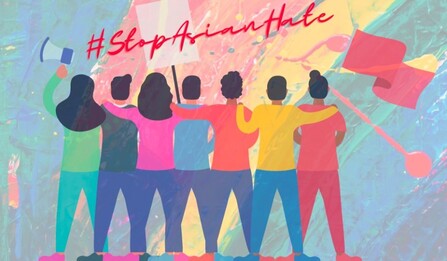 Original Article by SIG Members
Breaking the Silence on Anti-Asian Racism within the LGBTQ+ Community
Cindy J. Chang, Psy.M., Graduate School of Applied and Professional Psychology, Rutgers University
May 2, 2021
When the video of 84-year-old Vicha Ratanapakdee’s fatal assault popped up on my newsfeed, I couldn’t help but picture my parents. I called them that night, and we reluctantly agreed they would wear sunglasses and hats in public to avoid being targeted. In 2020, hate crimes in the United States dropped by 7%.¹ In contrast, hate crimes targeting Asian² people rose by nearly 150%.¹ As story after story came out about yet another Asian person being violently attacked, the Asian community waited for the world to notice.

After the string of attacks in Oakland and the massacre in Atlanta, I was surprised by the reactions. People who had no idea about anti-Asian violence, people who used these events to justify anti-Black racism, people who argued that anti-Asian racism does not exist because we are “doing well” – all products of the Model Minority Myth and the Perpetual Foreigner Myth.⁵ These myths are based on stereotypes that Asian Americans are law-abiding and have succeeded through hard work.⁵ These myths minimize anti-Asian racism, ignore diversity within our community, and drive a wedge between Asian people and other racialized groups. In other words, everyone loses.

It is time to break the silence.
​
For resources on supporting Asian LGBTQ+ people, visit: https://aapaonline.org/resources/LGBTQ+-aapi-resources/.
References